King County is the most populated county in Washington state with an estimated 2.2 million people. Additionally, it is the 12th most populous county in the country (fittingly, just behind Queens, New York). It is also the largest of the three counties that make up the Seattle metropolitan area (the others being Pierce and Snohomish).

Addresses is constantly updating their information with new public records. Search on Addresses.com to find more information about King County property records, criminal reports, and contact information on someone you know

The average population size for a county in America is 10,000 people, putting King County’s population of 2,233,163 well above average. The next most populated county in the state of Washington is Pierce, which has an estimated population of 891,299.

If you’re looking for someone and only have a name and their general whereabouts, you can narrow your search by considering the demographic of the people in King County.

The average age of those living in King County (as of 2017) is 35 and has been trending upwards. Early projections estimate the average age will be 37 by 2020. Most households in King county average 2.45 people. Just over half the population of King county are married (52% males and 51% females), above the national average. If you’re searching for someone by name alone, consider they may have had a name change due to nuptials.

The gender diversity is almost evenly split with 49.8% female and 50.2% male. Based on 2012 data, there are 30% more male-owned businesses than female-owned businesses. To search for someone by their industry or occupation, utilize our yellow pages.

The dominant ethnicity in King County is White which is over three times more than the next ethnic group. The most common languages spok¬en (outside of English) are Spanish, Mandarin, Cantonese, and Vietnamese. Based on census data 87% of King County’s inhabitants are U.S. citizens. 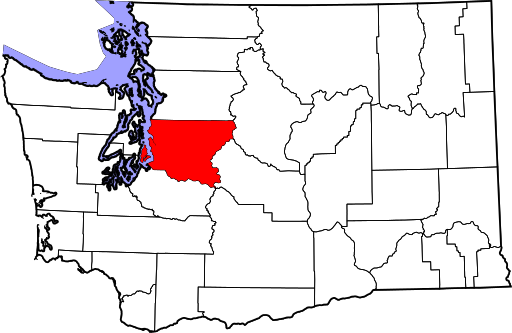 King County features 2,307 square miles of land and contains numerous cities including Seattle, Bellevue, Kirkland, SeaTac and Snoqualmie. Based on 2010 census data, this means the population of King County amounts to roughly 913 people per square mile.

Over half the homes in King County (56%) are occupied by the homeowner, with the average property valued at $563,600, over twice as much as the national average. The value of homes in King County have been steadily increasing year over year. The average household income is $89,675 based on 877,000 households and is considerably higher than the average cost of living in the United States.

Unfortunately, King County is higher than the national average for property crimes. Property crime includes theft, burglary, arson, larceny, and motor vehicle theft. It’s worth noting however that property crime means there is no physical violence against the victim, i.e. these crimes are based on the owner being absent or asleep. In regards to violent crimes, King County comes in below the national average, making it safer than many other large metropolitan counties. If you have specific concerns, about someone, run a background check to find out if they have a criminal record.

Year Formed: King County was formed from within Thurston County in 1852.