Addresses is constantly updating their information with new public records. Search on Addresses.com to find more information about Harris County property records, criminal reports, and contact information on someone you know.

The average population size for a county in America is 10,000 people, putting Harris County’s population of 4.65 million well above average. The next most populated county in the state of Texas is Dallas County, which has an estimated population of around 2.6 million people.

If you’re looking for someone and only have a name and their general whereabouts, you can narrow your search by considering the demographic of the people in Harris County.

As of 2017, the average age of all people in Harris County was 33.6, which is a slight increase from 2016, when the average age was 33 years old. Native-born residents are typically younger than foreign-born ones, the former having a median age of 29 and the latter having a median age of 42. Those living in Harris County who were born outside of the United States make up 25.3% of the county population, which is 1.17 million people, or 25.3%. This is higher than the national average of 13.7%. This rate is slowly increasing, as in 2016, the foreign-born population was only at 24.8%.

In 2017, there were 1.45 times more Hispanic/Latinos living in Harris County than any other race or ethnicity. The second and third most common were White Alone and Black/African American Alone. Due to the number of Hispanic/Latinos living in the community, it makes sense that Spanish is the most common non-English spoken language (1.5 million, or 35.5% Spanish speakers), followed by Vietnamese (2.08%) and Chinese (including Mandarin and Cantonese, at 0.97%).

Fortunately, there has been an upward trend in median yearly income. In 2017, it grew to $58,645 from the previous year value of $56,377. However, this is still lower than the median annual income of $60,336 across the United States. The most common job groups are Office and Administration Support, Sales and Related, and Management. 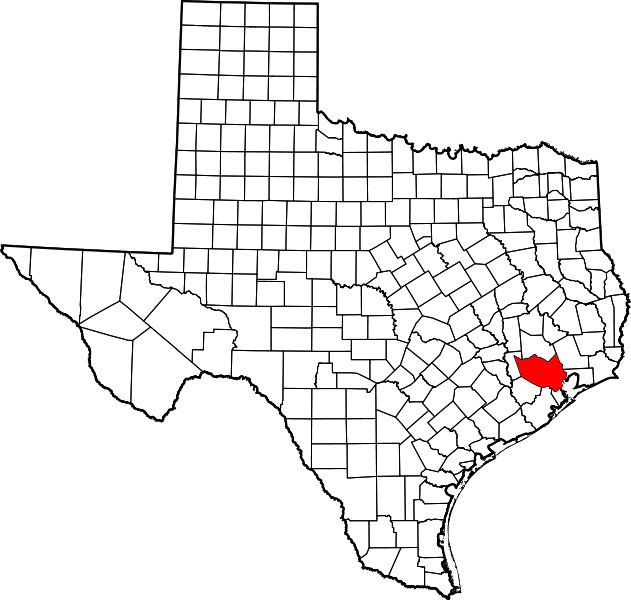 Harris County features over 1,700 square miles of land in the southeastern part of Texas near Galveston Bay, an estuary that connects to the Gulf of Mexico. It’s a part of the nine-county Houston-The Woodlands-Sugarland metropolitan statistical area, which is the 5th most populous metropolitan area in the United States. As of 2018, over 16 percent of Texas’ population resided in Harris County, which equates to over 2,000 people per square mile. The area is known for its severe weather events, including hurricanes and tropical storms. Hurricane Harvey damaged parts of the area in 2017. Harris County borders the counties of Fort Bend, Montgomery, Brazoria, Liberty, Waller, Chambers, and Galveston.

Unfortunately, Harris County is higher than the national average for property crimes and ranks 45.4 on a scale from 1 to 100 (1 being the lowest and 100 being the highest), and the United States average is 35.4. Property crime includes theft, burglary, arson, larceny, and motor vehicle theft. It’s worth noting however that property crime means there is no physical violence against the victim, i.e. these crimes are based on the owner being absent or asleep. In regards to violent crimes, Harris County comes in at 20.2, which is below the national average of 22.7. This makes it safer than many other large metropolitan counties. If you have specific concerns, about someone, run a background check to find out if they have a criminal record.

Year Formed: The first recorded European settlers arrived in Harris County in 1822. By 1824, around thirty families gained legal titles to land in what would later be known as Harris County.