Addresses is constantly updating their information with new public records. Search on Addresses.com to find more information about Bexar County property records, criminal reports, and contact information on someone you know.

If you’re looking for someone and only have a name and their general whereabouts, you can narrow your search by considering the demographic of the people in Bexar County.

The median age of residents in Bexar County was 33.5 years as of 2017, which is only a slight change from 2016, when the median age was 34. At 31 years, those born in the United States living in the county are significantly younger than those who are foreign-born. The average age for the latter is 45 years.

There are more women than men living in Bexar County, although the population of women is 51%, so the difference is small (the population of men is 49%). 56% of Bexar County residents are single (44% are married), and the average household holds 3 people. If you’re searching for someone by name alone, consider they may have had a name change due to nuptials.

The economy employs 900,000 people, and the three largest industries are Health Care and Social Assistance, Retail Trade, and Accommodations and Food Services. The highest paid industry is in the field of Mining, Quarrying, and Oil and Gas Extraction. 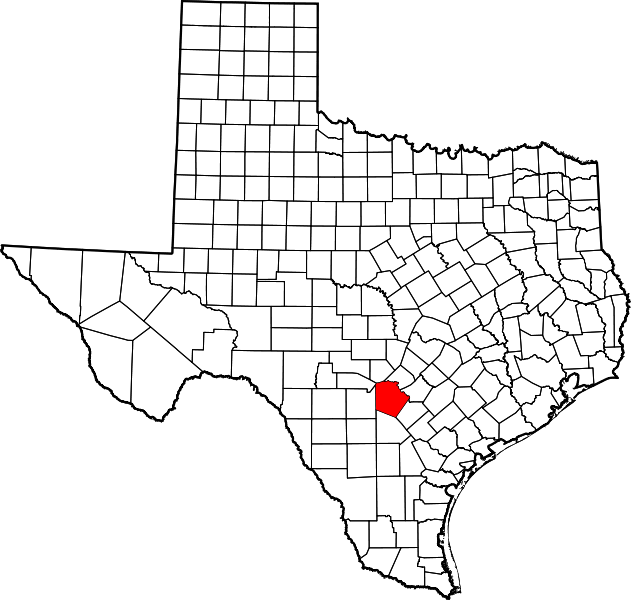 Bexar County makes up 1,239.82 square miles of land, including Government Canyon State Natural Area in the northwestern part of the county. Based on census data from 2010, the population amounts to roughly 1,383 people per square mile.

The area is in south-central Texas, about 90 miles west of Houston and 140 miles from both the US-Mexico border to the southwest and the Gulf of Mexico to the southeast. The Balcones Fault Zone divides the land from west to the northeast. To the north are the rocky hills, springs, and canyons of Texas Hill Country, which is considered the border between the American Southeast and Southwest and is known for its tall rugged hills of limestone. South of the fault line are Blackland Prairie and the South Texas plains. The San Antonio River flows towards Downtown San Antonio in the north and then southward and southeastward through the rest of the county.

Unfortunately, Bexar County is higher than the national average for property crimes. On a scale from 1 (low crime) to 100 (high crime), Bexar County comes in at 46.5, and the United States average is 35.4. Property crime includes theft, burglary, arson, larceny, and motor vehicle theft. It’s worth noting however that property crime means there is no physical violence against the victim, i.e. these crimes are based on the owner being absent or asleep. In regards to violent crimes, Bexar County comes in below the national average (22.7) at 18.3, making it safer than many other large metropolitan counties. If you have specific concerns about someone, run a background check to find out if they have a criminal record.

Name Meaning: Bexar County was named for San Antonio de Bexar, one of the 23 Mexican municipalities of Texas at the time of its independence. San Antonio de Bexar (originally Villa de San Fernando de Bexas) was the first civil government established by the Spanish in the province of Texas.

Year Formed: Bexar County was created on December 20th, 1836 and encompassed almost the entire western part of the Republic of Texas, which included the area of western New Mexico up towards Wyoming. After statehood, the land was split up into 128 other counties.