Addresses is constantly updating their information with new public records. Search on Addresses.com to find more information about Philadelphia County property records, criminal reports, and contact information on someone you know.

If you’re looking for someone and only have a name and their general whereabouts, you can narrow your search by considering the demographic of the people in Philadelphia County.

The average age for residents in Philadelphia County was 34.4 in 2017, which is slightly older than 2016’s median age of 34. Those who were born in the United States and live in the county are generally younger than those who are foreign born - 33 years old vs. 42 years old.

There are more females than males living in the county, although not by much; 53% of the population are female and 47% are male. Out of 608,233 families, there are on average 2.5 persons per household, and only 34% of residents are married, which is 1.3 times the rate in both the state of Pennsylvania and the United States as a whole. If you’re searching for someone by name alone, consider they may have had a name change due to nuptials.

Philadelphia County employs 67,400 people, and the three largest industries are Health Care and Social Assistance, Educational Services, and Retail Trade, and the highest paying jobs are within the field of Professional, Scientific, and Technical Services. 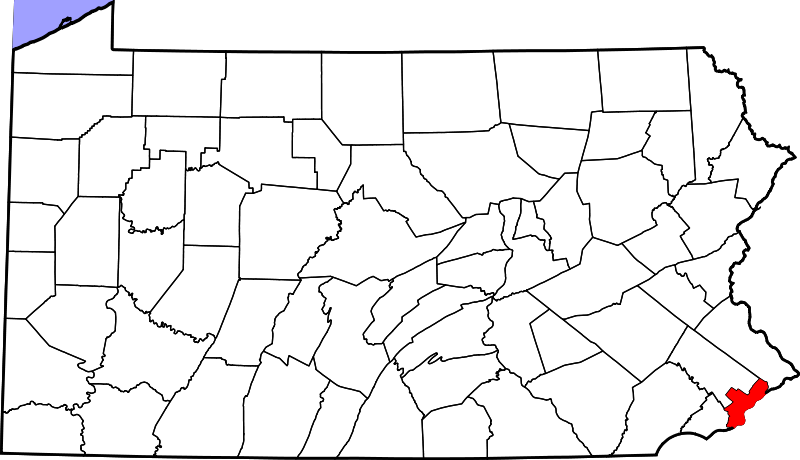 According to data from the 2010 census bureau, Philadelphia County is 134.10 square miles, meaning there are around 1,584,138 residents per square mile. The county is the 2nd smallest county in Pennsylvania by land area.

Since 1854, the county has been coextensive with the city of Philadelphia and is part of the Philadelphia-Camden-Wilmington PA-NJ-DE-MD Combined Statistical Area, known as Delaware Valley (the valley through which the Delaware River flows). It’s located along the lower Delaware and Schuylkill Rivers within the Northeast megalopolis and is the economic anchor of the Delaware Valley. The combined statistical area is also the 8th biggest in the United States, with a population of over 7.2 million people. The lowest point in the county is 10 feet above sea level near Fort Mifflin in Southwest Philadelphia at the convergence of the two rivers. The highest point is Chestnutt Hill near Evergreen Place.

Unfortunately, Philadelphia County is significantly higher than the national average for property crimes. On a scale from 1 (low crime) to 100 (high crime), it rates 59.8, and United States average is 35.4. Property crime includes theft, burglary, arson, larceny, and motor vehicle theft. It’s worth noting however that property crime means there is no physical violence against the victim, i.e. these crimes are based on the owner being absent or asleep. In regards to violent crimes, Philadelphia County comes in at 64.4, which is again significantly higher than the national average of 22.7. If you have specific concerns about someone, run a background check to find out if they have a criminal record.

Name Meaning: The county was named for the “Brotherly love” from Greek philos (“love”) and adelphos (“brother”). The name is shared with an ancient city in Asia Minor mentioned by the Bible’s Book of Revelation.

Year Formed: Philadelphia County was created in 1682 as one of the three original counties when William Penn received his charter for Pennsylvania from Charles II of England.