Addresses is constantly updating their information with new public records. Search on Addresses.com to find more information about Clark County property records, criminal reports, and contact information on someone you know.

The average population size for a county in America is 10,000 people, putting Clark County’s population of 2.2 million well above average. The next most populated county in the state of Nevada is Washoe County, with a population of 460,587.

If you’re looking for someone and only have a name and their general whereabouts, you can narrow your search by considering the demographic of the people in Clark County.

The gender diversity is evenly split – 50% of the population are women and 50% are men. 54% of residents are single (46% are married), which is higher than the rest of Nevada and higher than the United States as a whole, and on average there are 2.7 persons per household. If you’re searching for someone by name alone, consider they may have had a name change due to nuptials.

As of 2017, 21.4% were born outside of the United States, and the most common countries of origin are Mexico (228,269 people), Phillipines (7,576 people), and El Salvador (4,220 people). The largest ethnic group in Clark County is White Alone. In fact, there are 1.35 times more White Alone residents (933,000 people) than any other race or ethnicity. The second and third most common are Hispanic/Latino and Black/African American Alone. The three most spoken non-English languages in Clark County households are Spanish (due to the Mexican and El Savadorian population), Tagalog (due to the Phillipino population), and Chinese (including Mandarin and Cantonese).

The three largest industries in Clark County are Accommodation and Food Services, Retail Trade, and Health Care and Social Assitance, and the highest paying industry is within Utilities. 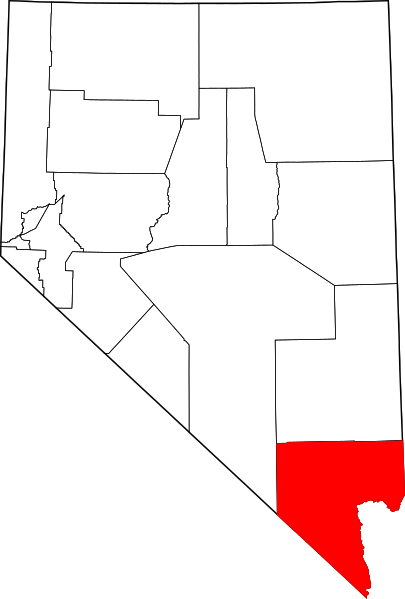 According to 2010 census data, Clark County’s 7,891.43 square mile land area equates to 247.3 people per square mile. The county accounts for nearly three quarters of Nevada’s residents, making it one of the most centralized states in the United States. Clark County is coextensive with the Las Vegas MSA (Las Vegas-Henderson-Paradise) metropolitan statistical area.

The Colorado River stretches along the county’s southeastern boundary, with the Hoover Dam forming Lake Mead around most of the length. Greater Las Vegas is surrounded by four mountain ranges, but Mount Charleston in the northwest has the highest elevation, at 11,918 feet. Other than the forests perched along the mountain tops, the terrain is desert with only 169 square miles of the entire land area being water. Nevada is the third most seismically active state in the country, and the United States Geological Survey lists Clark County as having a 10-20% chance of a 6.0 or greater earthquake within 31 miles of Las Vegas.

Name Meaning: Clark County was named for William A. Clark, a Montana copper magnate and Democratic U.S. Senator. He was responsible for the Los Angeles and Salt Lake Railroad through the area, contributing to its early development.

Year Formed: What is now the area of Clark County was acquired by the United States during the Mexican-American War. In 1863, the county was part of Mohave County, Arizona Territory before Nevada became a state. It then became part of Pah-Ute County, Arizona County in 1865 and was assigned to the new state of Nevada in 1866.