Addresses is constantly updating their information with new public records. Search on Addresses.com to find more information about Palm Beach County property records, criminal reports, and contact information on someone you know.

If you’re looking for someone and only have a name and their general whereabouts, you can narrow your search by considering the demographic of the people in Palm Beach County.

There are slightly more females than males living in Palm Beach County – 52% of residents are women and 48% are men. On average, there are 2.7 persons per household, and 47% of the population are married, compared to the 53% who are single. If you’re searching for someone by name alone, consider they may have had a name change due to nuptials.

The three largest job industries in Palm Beach County are Health Care and Social Assistance, Retail Trade, and Professional, Scientific, and Technical Serves, and the highest paid jobs are within Mining, Quarrying, and Oil and Gas Extraction. 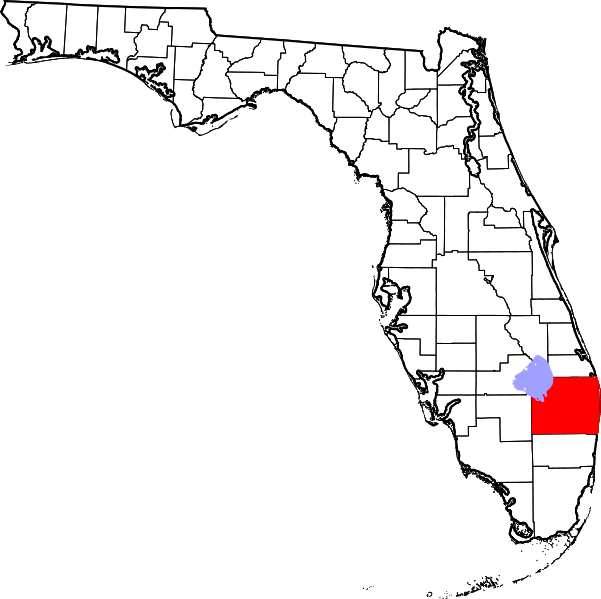 According to 2010 census data, Palm Beach County features 1,969.76 square miles of land, which equates to 670.2 people per square mile. The county is directly north of Broward County and is one of the three counties in South Florida that make up the Miami metropolitan area.

Much of the water that flows through the region is from the Atlantic Ocean and Lake Okeechobee, and green pastures make up 526,000 acres of farmland. The eastern third portion of Palm Beach County is urbanized, while the central and western sections are suburban and rural. The Atlantic coastline stretches for 47 miles and consists of barrier islands and peninsulas, including Jupiter Island, Singer Island, and Palm Beach Island, which are separated from the mainland by the Intracoastal Waterway locally known as Lake Worth Lagoon. The undeveloped south and western sections are known for significant agricultural production, especially nurseries, truck crops, and sugar cane. Thus, the county has been dubbed the “Winter Vegetable Capital” of the nation.

Unfortunately, Palm Beach County is higher than the national average for property crimes. From a scale of 1 (low crime) to 100 (high crime), it rates 44.6, and the United States as a whole comes in at 35.4. Property crime includes theft, burglary, arson, larceny, and motor vehicle theft. It’s worth noting however that property crime means there is no physical violence against the victim, i.e. these crimes are based on the owner being absent or asleep. In regards to violent crimes, Palm Beach County, rated 25.5, comes in slightly above the national average of 22.7. If you have specific concerns about someone, run a background check to find out if they have a criminal record.

Name Meaning: The county was named after its oldest settlement, Palm Beach.