Addresses is constantly updating their information with new public records. Search on Addresses.com to find more information about Hillsborough County property records, criminal reports, and contact information on someone you know.

If you’re looking for someone and only have a name and their general whereabouts, you can narrow your search by considering the demographic of the people in Hillsborough County.

The median age of Hillsborough County residents was 37.1 years in 2017, which is up from 37 years in 2016. However, the median age of people living in the county who were born in the United States is 35 years, and those who are foreign-born is 45 years.

51% of the population in the county are female (49% are male), which is the same rate as both the state of Florida and the United States as a whole. There are about 2.6 persons per household, and 48% are married. This is the same rate as the rest of Florida (48%) but a little lower than all of the United States (50%). If you’re searching for someone by name alone, consider they may have had a name change due to nuptials.

The economy of Hillsborough County employs 681,000 people, and the three largest industries are Health Care and Social Assistance, Retail Trade, and Accommodation and Food Services. The highest paying jobs are within the field of Mining, Quarrying, and Oil and Gas Extraction. 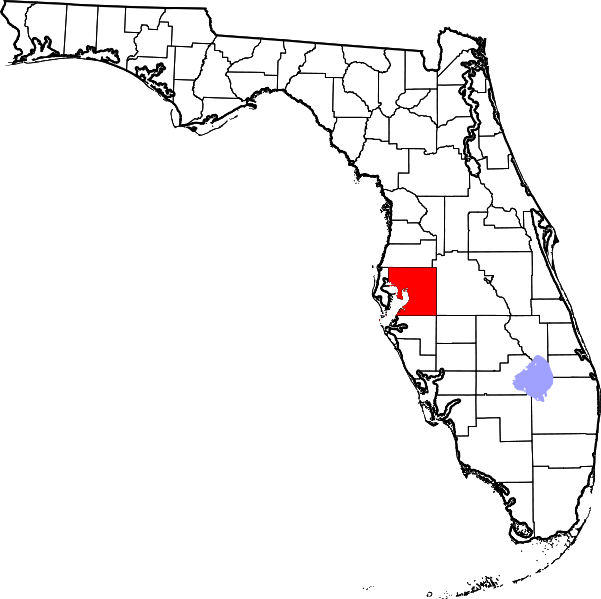 More than 84% of the total land area is unincorporated, which spans around 888 square miles. Municipalities account for 163 square miles, and the modern boundaries place the county along the west coast of Florida. A narrow section to the south, which consists almost entirely just of water, extends west to the Gulf of Mexico along the Tampa Port Shipping Canal, keeping Hillsborough County from being landlocked. The Egmont Key State Park and National Wildlife Refuge, at the entrance of Tampa Bay, is a narrow strip of land that separates Pinellas County from Manatee County. The northernmost tip of a manmade island just west of Port Manatee is also part of Hillsborough County. Only three cities are incorporated in the county - Plant City, Tampa, and Temple Terrace.

Unfortunately, Hillsborough County is significantly higher than the national average for property crimes. On a scale from 1 (low crime) to 100 (high crime), the county rates at 48.9 while the rate for the United States is 35.4. Property crime includes theft, burglary, arson, larceny, and motor vehicle theft. It’s worth noting however that property crime means there is no physical violence against the victim, i.e. these crimes are based on the owner being absent or asleep. In regards to violent crimes, Hillsborough County, at 27.3, also ranks higher the national average of 22.7. If you have specific concerns about someone, run a background check to find out if they have a criminal record.

Name Meaning: Hillsborough County was named for Wills Hill, the Earl of Hillsborough (1718-1793), former British Secretary of State of the American Colonies.

Year Formed: The United States purchased Florida from Spain in 1821, and in January of 1834, the U.S. Legislative Council for the Territory of Florida approved an act organizing Hillsborough as Florida’s 19th county. Florida was granted statehood in 1845, and at that time, Hillsborough County consisted of what are now the counties of Pinellas, Polk, Manatee, Sarasota, Charlotte, DeSota, Hardee, and Highlands, most of Glades County, and part of Lee County.